By Clare Mankin
​Business Manager
It’s a regular Tuesday afternoon and students are just stepping into their final class of the day.  A look of realization passes through each drama students face. The computer that’s usually in the middle of the room, has its camera open and up with a call in the process of connecting. They remember what is supposed to transpire today and get in their seats, waiting in anticipation.

This visit probed Mrs. Vasellas’ students to ask many questions about the actor’s life, job, and his own struggles in the industry.

Smith spoke about the hard truth about the struggles with timing, getting or not getting a role, strain on family time and how long it took him to get to this point in his life

Smith gave enlightening feedback on as many questions as he could. The Broadway musical, Mamma Mia, was the show he disliked performing out of everything he has done up to this point in his career.

. “I was part of the ensamble,” said Smith. “I along with many others could not be seen or heard throughout the performance because all sound and spotlight was focused on the leads.”
He said that this bothered him because of all the work and time he and many others put into the production. “I just didn’t see how that was fair to us as the cast to have our hard work displayed in that way.”

Senior Megan Gilbert asked, “What was your craziest role and how did you relate to that character?”.

“The craziest role I’ve ever had to play was Bruce Bechdel from Fun House,” Smith said. “It was very emotional, rough to complete, dark, and very far from who I am normally.” He told the students that role’s like these really hit you hard, especially when you have to step into the characters shoes in order to complete the act.

By the end of the interview, the students all learned very valuable lessons about the theater and life.


“It’s not easy,” senior Jada Lane expressed. “I mean you can’t be afraid of rejection and you have to be prepared for it.”.

“You must work hard to achieve what you want in life,” senior Megan Gilbert commented. “You must be positive in everything you do.”

Mrs. Vasellas wanted her students to get this first hand point of view on acting and what comes with it so they could see what it’s like to actually follow this career path.

“I want to connect my students with different people in the industry so they understand what it’s really all about,” she said. “I also want to teach a more realistic and hands on class.”

Though she will still be teaching the history of and the acting components of drama class, Mrs. Vasellas will also be covering the behind the scenes and the management portions of the business in class this year.
​ 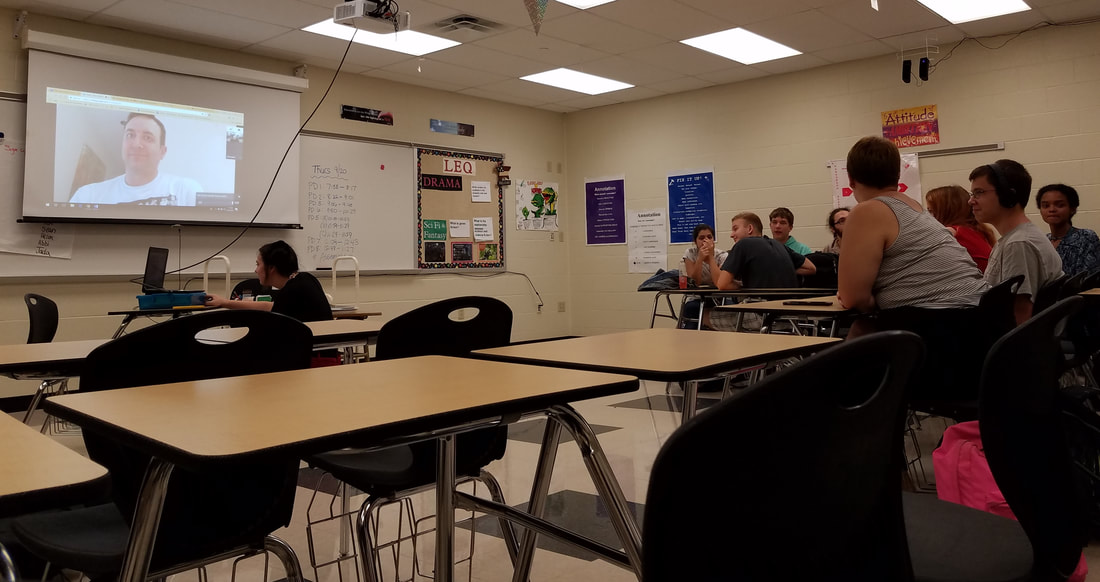 Photo by Clare Mankin. Students are seen here conversing with Smith about his life and where he is now.